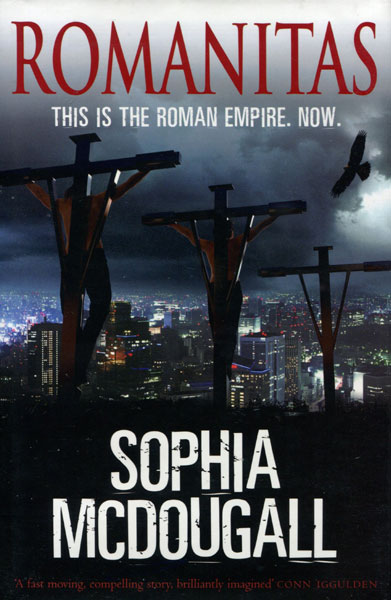 First edition. Signed by the author. Author's first book. Fine in fine dust jacket. Imagine the Roman Empire is still flourishing today... In 2756 AC (2003 AD in Christian terms), magnetic railways span Roman territory, mechanized crucifixes are set up along the banks of the Thames. Marcus Novius Faustus Leo, heir apparent to the Imperial throne, is mourning the death of his parents following a tragic accident. However, as information about the last days of his father's life becomes known to him, Marcus realizes that his father's death wasn't an accident and that his own life is in danger. Meanwhile, an escaped slave girl called Una, who possesses the power to look inside others' minds, struggles to save her brother, Sulien, from a London prison ship. In a fortune teller's stall at a flea-market, Marcus, Una and Sulien's paths cross, and the fate of the Empire rests in their hands.

Cutter And Bone.
by Newton. Thornburg

Off The Wall.
by Charles. Willeford

Death Is An Early Riser.
by John Mason Bigelow

The Key Man
by Valentine. Williams