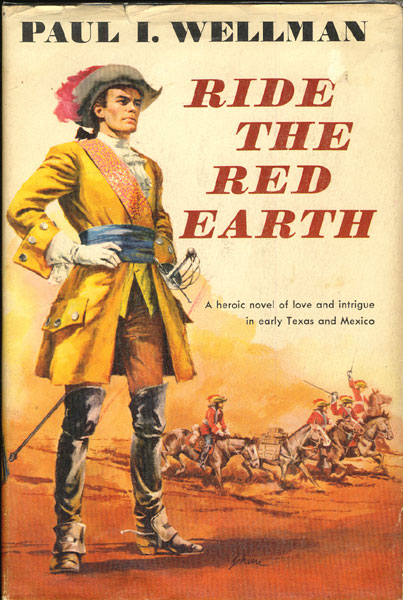 by Paul I Wellman

First edition. Very good in dust jacket with light wear to spine ends and the extremities. An heroic eighteenth-century novel of love and intrigue in early Texas and Mexico. "The story concerns a soldier of fortune, whose courage and ambition were challenged only by his too responsive romanticism. The ladies were his doom. Shipped from Quebec which had become too hot for him, with papers destined for the brother of his late chief, Bienville, in far off Mobile, he arrives to find a shift of power- and plays the role of dubious opportunist- only to fall under the vengeance of a fair lady whose pawn he refused to be. Exiled- on a dangerous mission- he winds up in Spanish territory, playing a dual role; a jealous potentate turns him over to the Inquisition; he is sent to Mexico- and there again it is a woman's power that calls the tune."

My Experience With Indians
by John James