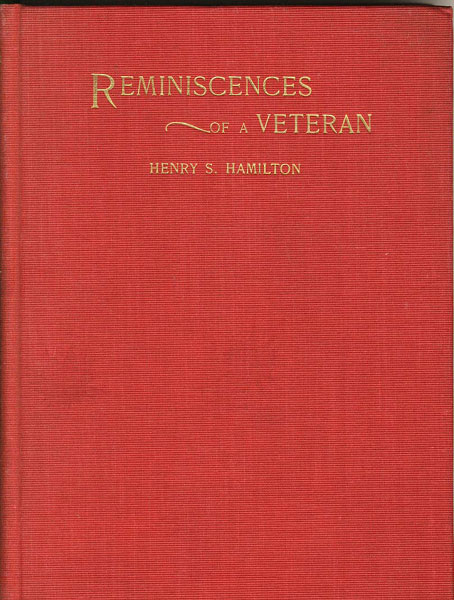 Reminiscences Of A Veteran

First edition. 12mo. Red cloth, titles stamped in gold gilt on the front cover and spine, [6], 180 pp., frontispiece [portrait], teg., illustrated, plates, portraits. Hamilton served on the western frontier in the Civil War with the 21st New Hampshire volunteers, and with the 10th Infantry during the Mormon War of 1867. Graff 1753 says "The author was at Fort Snelling in 1855-56 and at Fort Leavenworth in 1857. His descriptions of the Spirit Lake Massacre and the 1857 march across the plains after the Mormons are both good." Fine copy.

A Second Look At Flat Top Water. A …
by J.C Dykes

Natural History Notes On The Journals Of Alexander …
by Russell And Clell G. Gannon Reid