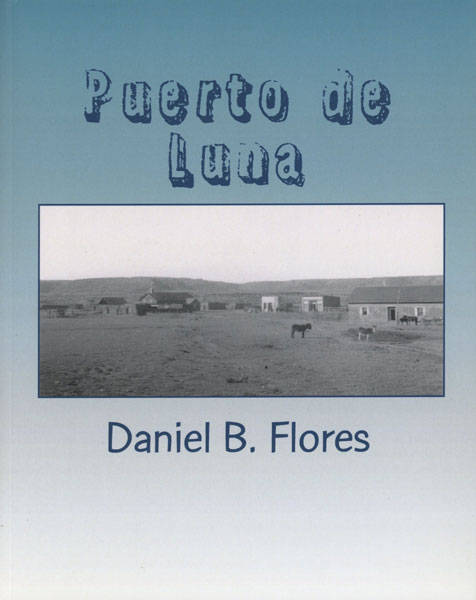 Puerto De Luna. Shadows Of The Past

by Daniel B. Flores

First edition. Quarto. Signed by the author on the title page. Color, pictorial stiff wrappers, 207 pp., foreword, illustrated. Puerto de Luna today is a small village which has recently experienced a growth due largely to new residents that commute daily to their jobs in Santa Rosa and to former residents that have retired in Puerto de Luna. The village was first visited by the Spanish conquistador Coronado in the 16th century. Since then several notable historic figures have played a role in the town's history. Kit Carson passed through the area in the 1860's when Bosque Redondo was established at Fort Sumner downstream on the Pecos River. The infamous Navajo Long Walk passed through the village. Later, Billy the Kid and Pat Garrett visited the village several times. Garrett's wife, Apolinaria, lived in Puerto de Luna. Billy the Kid ate his last Christmas dinner in the village on December 25 as he was being transported to jail in Las Vegas, New Mexico by Sheriff Garrett. As new, unread copy without dust jacket, as issued.

The Bone Pickers.
by Al. Dewlen

Found In The Street.
by Patricia Highsmith

The Decoy.
by Tony. Strong