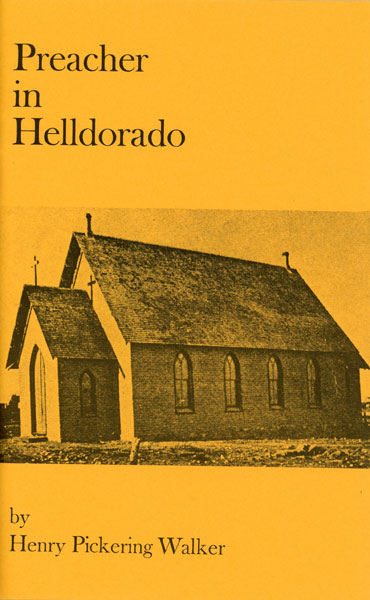 9 1/2 x 6 1/2" in burnt orange pictorial wrappers. No. 402 of 500 copies. 26 pps. Story of Endicott Peabody, minister of the Episcopalian congregation in Tombstone, Arizona, in 1882. Peabody arrived in Tombstone just three month after the gunfight at the O.K. corral. Over a few months, he succeeded in getting St. Paul's Episcopal Church built for approximately $5,000. He was able to raise the funds in such a short amount of time because he was not afraid to go door-to-door asking for donations, including asking at the town's saloons. His outgoing manner helped him make many friends, including Wyatt Earp, whose family donated the altar rail for the new church. Though he was warmly embraced in Tombstone, he wrote of his homesickness for Massachusetts. He left Tombstone after only six months. Laid in is an 8-page program of the Centennial Celebration of St. Paul's Episcopal Church. Fine, unread copy.

The Canons Of The Colorado
by Major J.W Powell

Ranching With Lords And Commons; Or Twenty Years …
by John R. Craig

A Summary Of Travel To Grand Canyon
by Thomas E. Way