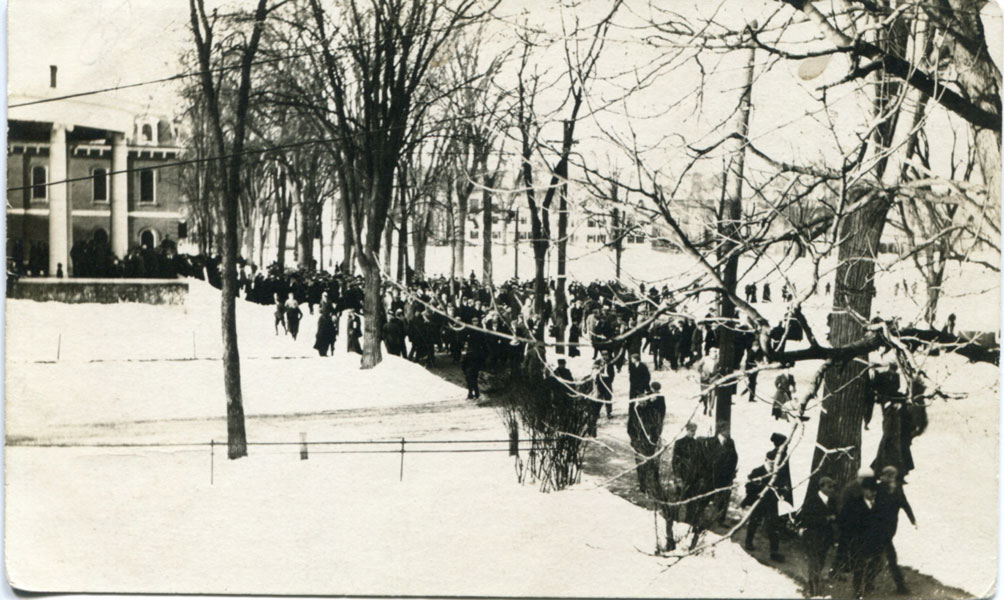 3 1/4" x 5 3/8" postcard showing a large group of men in wintertime walking on the sidewalk running beside the KKK house. Kappa Kappa Kappa (KKK) is a local men's fraternity at Dartmouth College. The fraternity was founded in 1842 and was based on the principles of democracy, loyalty to Dartmouth, and equality of opportunity. Originally a literary and debate society, KKK officially became a social society in 1905. KKK is the second-oldest fraternity at Dartmouth College as well as the oldest local fraternity in the United States. Postcard is addressed to Dr. L.R. Burnett, Cunningham Gym, Milton, Mass. and signed by Dr. E.L. Gulick. One cent cancelled stamp affixed. Light edgewear and soiling along with light ink smears to the written address. Very good.