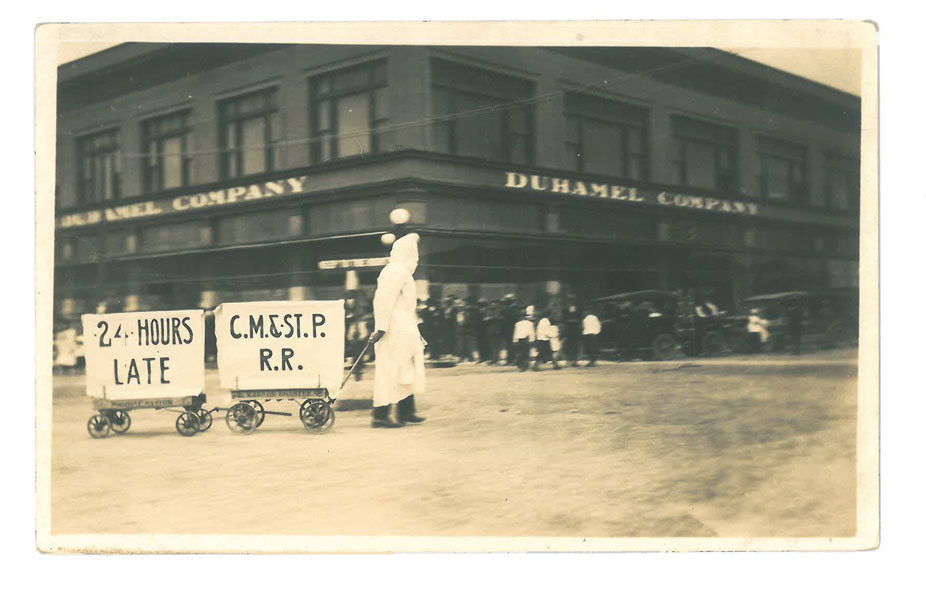 Real Photograph Postcard. Black & White. 5.375"x 3.375". Ku Klux Klan member, in full white gown and hood, pulling two connected small wagons, displaying black & white signs stating: "24 HOURS LATE C. M. & ST. P. R. R.", participating in a Rally Parade in Rapid City, South Dakota in 1927,in which a large number of KKK members, all in full white gown and hood, marched through the streets of Rapid City. The member photographed appears to be at the head of the parade, as no other marchers are visible as the man and wagon parade in front of the Duhamel Company building. Our research revealed an image at the Black Hills State University Library of the same parade showing many members marching in front of the same Duhamel Company building in full white gown and hood (a copy of which will accompany our photograph). A clean, clear image in fine condition.

Mangas Coloradas, Chief Of The Chiricahua Apaches.
by Edwin Sweeney

From Brothel To Boomtown: Yuma's Naughty Past.
by Frank. Love