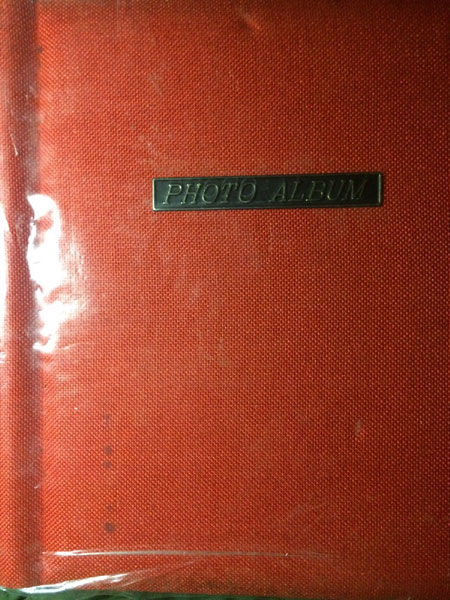 Other works by Anonymous

12" x 10" red linen binder with title (PHOTO ALBUM) on a plaque and raised on front cover. A collection of 110 black and white photographs (3 1/2" x 3 1/2") glued to 20 thick cardboard sheets. Someone took the time to seek out and photograph vintage American-made automobiles where they were found. There are Fords, Chevrolets, Pontiacs, Packards, Studebakers, Mercurys, Plymouths, La Salles, Buicks, Oldsmobiles, etc. The photographs were taken in the 1960"s through the early 1980's and are photographs of cars manufactured in the 1910 through 1940 time period. Some of the photographs have faded a bit but most are clear and easy to read. Overall a very good group. Spotting to several photos.