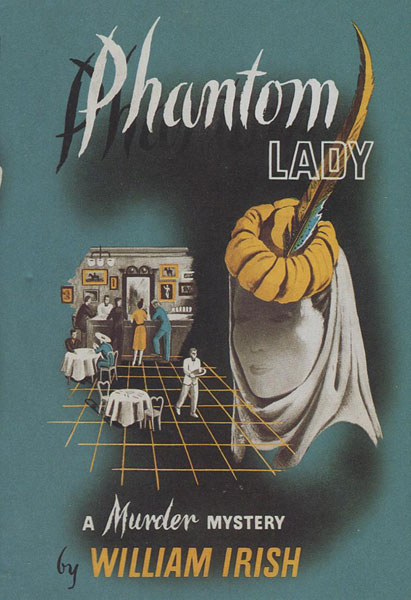 First facsimile edition of the U. S. edition which is the true first edition and published by Lippincott in 1942. Pseudonym of Cornell Woolrich. As new, in as new dust jacket. Filmed by Universal in 1944. A Haycraft-Queen Cornerstone of milestone works in the history of mystery fiction. After a fight with his wife, Scott Henderson picks up a mysterious woman in a bar and a decision is made to go to dinner and the theater together. They both decide to keep their personal lives out of all conversations. When Scott returns home, he finds the police waiting for him because his wife has been murdered. He desperately needs to find the phantom lady who can provide him with an alibi and set him free.

The Given Day.
by Dennis. Lehane

Landor's Tower - Or The Imaginary Conversations.
by Iain. Sinclair

Rome: The Eagle Of The Twelfth.
by M. C. Scott