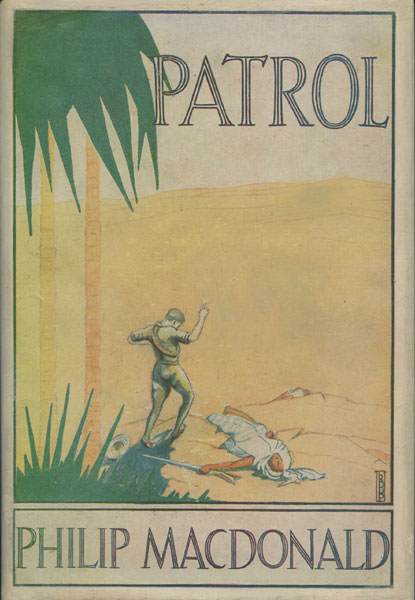 Other works by PHILIP MACDONALD

First U. S. edition. Presentation inscription by the author on the title page. Fine in a professionally restored dust jacket. The story deals with a British cavalry patrol in the Mesopotamian Desert during World War I. A shot rings out and the leader, an officer, falls dead from his horse. Filmed as THE LOST PATROL in 1934 by John Ford, and starred Victor McLaglen, Boris Karloff, Wallace Ford, Reginald Denny, Alan Hale, and others in the cast. An exceptional copy of a scarce book, and considered rare in the dust jacket.

You Can Die Laughing
A. A. FAIR