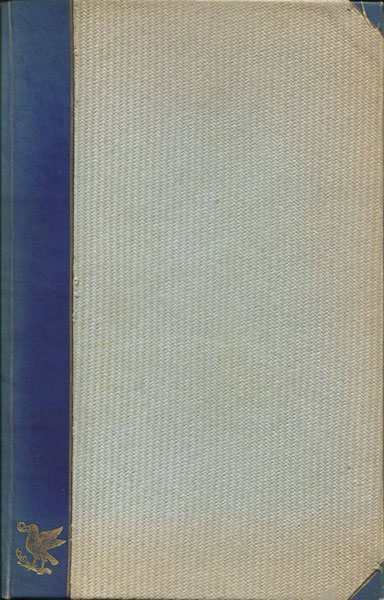 Other works by LOUIS GOLDING

First edition. 8vo. One of 60 copies printed on Portal 'Whitechurch' paper, numbered and signed by the author. This being copy 17. Queen's Quorum 73a says "An equally remarkable story by Mr. Golding --- dealing with that form of intolerance called murder --- also appeared first in a limited edition, this time of 60 copies for public sale, all signed by the author." This book is considered as a companion piece to Golding's Luigi of Catanzaro published in London in 1926, and Queen's Quorum title 73, with the first appearance in book form also privately printed, in an edition limited to 100 copies, all signed by the author. Copies in first edition are seldom available for sale with Pale Blue Nightgown being much scarcer than Luigi of Catanzaro. This copy bound in quarter blue leather and gray cloth with all four corners bound in blue leather and titles stamped in gold gilt on the spine. Affixed to the front fly leaf is a statement of provenance advising that this copy came from the library of Ellery Queen. Former owner's armorial bookplate on front pastedown sheet, blue spine panel lightly sunned, else a near fine copy of a rare Queen's Quorum title selection.