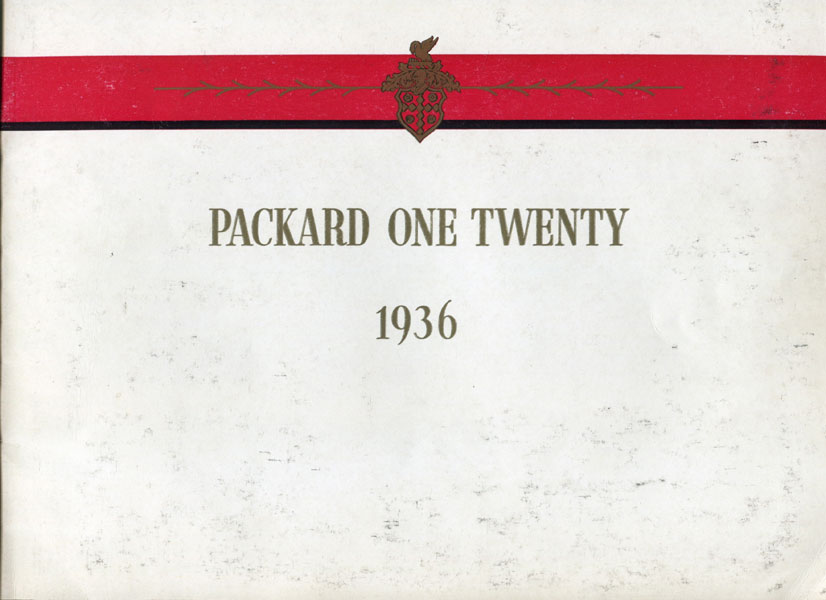 First edition. 9" x 12" oblong, decorated stiff wrappers, with Packard marquis on front cover in gilt, n. p. [20 pp.], color photographic plates, color text illustrations, diagrams throughout. First edition of this nicely original promotional catalogue for the introduction of the Packard One Twenty or Packard Eights, when Packard was still the premier luxury automobile and the majority of their cars were the 120 and the Super Eight. Unfortunately, Packard chose this period of time to expand into the midsize passenger car market, and this would later tag them during and after World War II as something less exclusive than the building of the finest luxury cars in America. The Packard 120 and the Packard Six models were necessary to keep the company in business during the final years of the Great Depression. The 1936 Packards offered a full range of body styles from Coupe to Touring Limousine, powered by Packard’s aluminum-head L-head inline 8-cylinder engine. Worldcat locates 1 copy (Yale). Cream-colored covers lightly soiled, spine panel lightly rubbed, else a near fine copy.

A Trip From Ocean To Ocean Or Weekly …
by C.A. Anderson