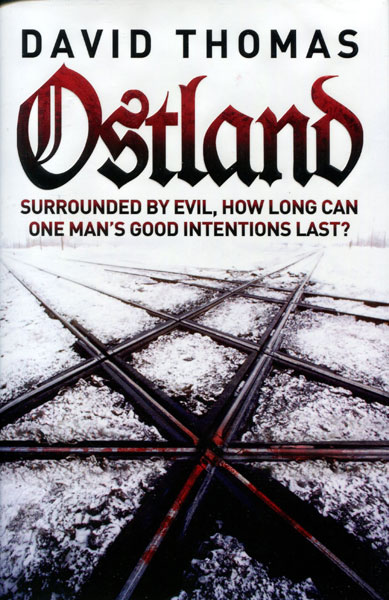 Other works by DAVID THOMAS

First edition. Signed by the author. Fine in dust jacket. February 1941, wartime Berlin. Brilliant, idealistic young detective Georg Heuser joins the Murder Squad in the midst of the biggest manhunt the city has ever seen. A serial killer is slaughtering women on S-Bahn trains and leaving their battered bodies by the tracks. July 1959, peacetime West Germany: a pioneering young lawyer, Paula Siebert, is the sole woman in a federal unit investigating men who have committed crimes of unimaginable magnitude and horror. Their leader has just been arrested. His name is Georg Heuser. One question haunts her: how could a once decent man have become a sadistic monster? The answer lies in the desolate wastes of the Russian Front,...the new empire the Nazis call Ostland. "Based on an extraordinary true story, Ostland is a gripping detective thriller, a harrowing account of the Holocaust and a thought-provoking examination of the capacity for sin that lurks in every human soul."