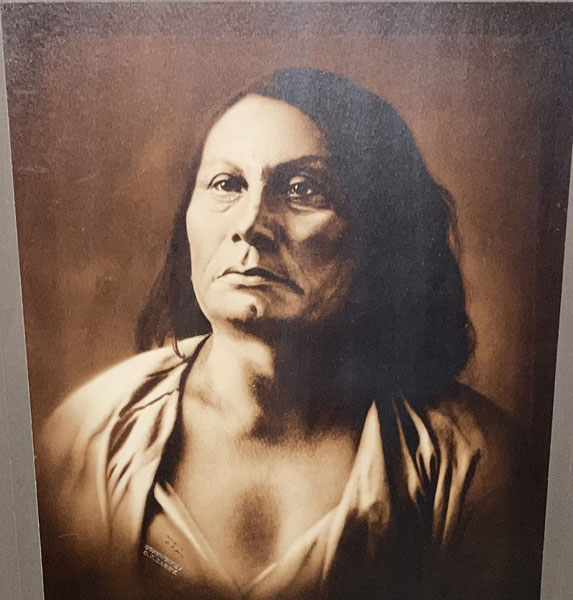 11" x 14" (20 3/4" x 24 3/4" matted & framed). Original gelatin silver photograph of Chief Gall (1840-1894), the Lakota Sioux chief who led the Sioux forces at the battle of the Little Bighorn in 1876. The photograph was taken (circa 1885) by the famed western photographer (1854-1934), who became friends with and photographed Gall, Elizabeth Custer, Buffalo Bill, and other major figures in the Dakotas. The photograph is housed in Barry's original frame, with Barry's advertising studio label to the back of the frame.

The American Cowboy
by Will James