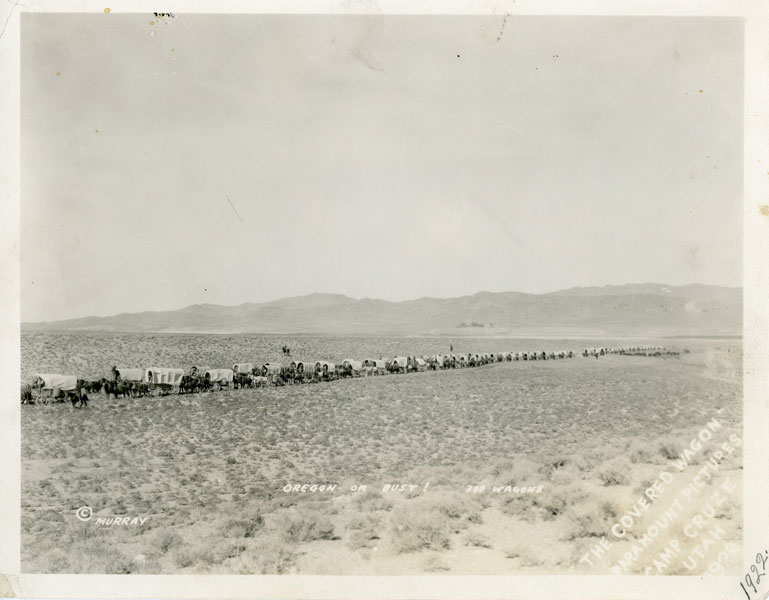 First edition. 8" x 10" black & white photograph. View of a line of prairie schooners stretching across the barren landscape. The caption in the lower right corner reads: "The Covered Wagon' Paramount Pictures - Camp Cruze - Utah - 1922." Promotional photograph for the 1923 silent film 'The Covered Wagon,' which was filmed in western Utah and eastern Nevada. "Camp Cruze, Utah, near Baker, Nevada., Oct. 17th. Well, here we are after a strenuous week on Antelope Island in the Great Salt Lake where James Cruze started his mighty production, 'The Covered Wagon,' with the buffalo hunt scenes. There experiences that will never be forgotten befell us all." - from 'Paramount Pep' (1922). Very good.

The Picture Story Of The San Francisco Earthquake. …
by Inc Geo. Rice & Sons

With Golden Visions Bright Before Them. Trails To …
by Will. Bagley