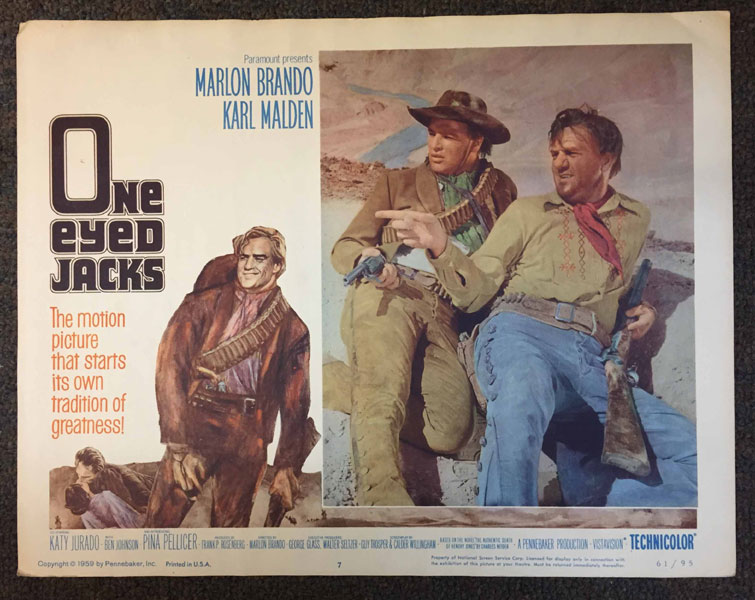 Lobby card #7 with stars Marlon Brando and Karl Malden in full color. 11" x 14." Based on the 1956 Charles Neider novel, The Authentic Death of Hendry Jones, the film draws heavily on the legend of Billy the Kid, particularly Billy's relationship to Pat Garrett.. One-Eyed Jacks is the only film directed by actor Marlon Brando. The cast also included Ben Johnson, Katy Jurado, and Pina Pellicer. Novelist/screenwriter Calder Willingham collaborated on the script. Sam Peckinpah, would go on to direct his own version of this story in 1973 entitled Pat Garrett and Billy the Kid starring Kris Kristofferson. The story begins in Sonora and after a bank robbery, Rio, aka the Kid, is betrayed by his companion Dad Longworth, who runs away with the loot. Five years later, the Kid escapes from jail and crosses the plains and deserts of Mexico and California to kill him. Scarce and desirable.