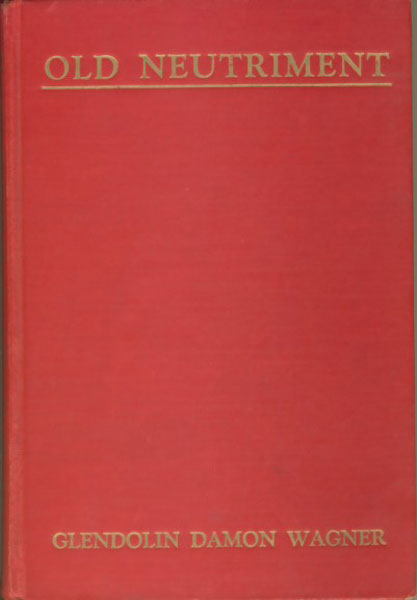 First edition. Cloth, 256 pp., numerous illustrations, notes. "It is the story of General Custer's whole western career as seen through the eyes of his old army orderly, John Burkman, who was given the nickname "Old Neutriment" because of his extreme fondness for the food from the General's kitchen." Of Burkman, Elizabeth Custer wrote: "John Burkman lived in a world by himself with little in common with his comrades, going along a dull-beaten path at a snail's pace with its incessant excitements, its exhilerations, its enthusiasms, sung, shouted, and careened about him." An important account. Fine, bright copy. Signed presentation from author. HOWES W5. HIGH SPOT #74. DUSTIN 266.