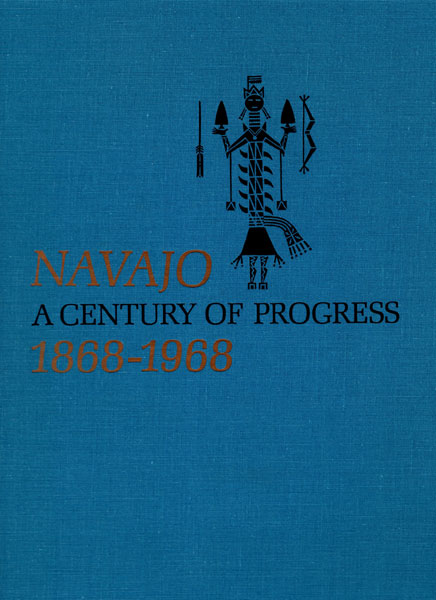 LINK, MARTIN A. [EDITED BY]

First edition. 4to. Blue cloth, titles and decoration in black and gilt on the front cover and spine, black front and rear endpapers, [10], 107 [3] pp., chairman's letter, introduction, illustrated from photographs, acknowledgments. A history of the Navajo Indians, 1868-1968, in a book produced by the Navajo Tribe. "The year 1968 marks the 100th anniversary of the signing of the Treaty of Peace between the Navajo tribe and the U.S. Government. The treaty, signed by 29 Navajo headmen and 10 officers of the U.S. Army on June 1, 1968, brought to an end a tragic period of suffering, hardship, deprivation, and exile at the Bosque Redondo, New Mexico. During the intervening century, the Navajo people have witnessed a substantial population increase and have undergone drastic and far-reaching changes in their economy, self-government, social status, education, and living conditions." As new, unread copy.

The Cochise County Cowboys. Who Were These Men?
JOYCE AROS

An Act To Incorporate The San Antonio And …