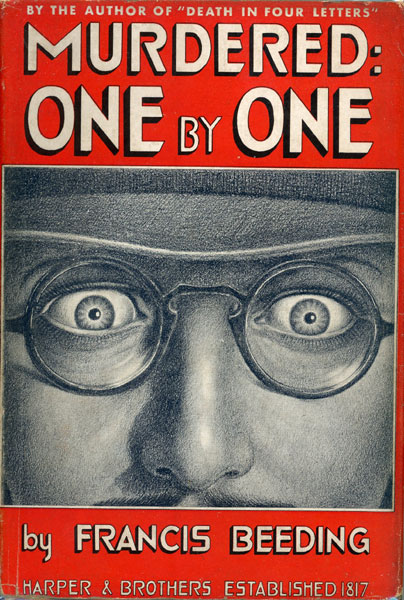 Murdered: One By One

First U. S. edition. Originally published in the U. K. using the title No Fury. Fine, bright copy with an unprinted glassine wrapper protecting the book, in dust jacket, lightly soiled on the white rear cover, minor wear to the spine ends, corners and extremities. Murder mystery centered around a popular author of romance novels, whose literary club friends orchestrate a practical joke involving a series of love letters to her by a suitor who does not exist. She is killed in her bed, with her face mutilated beyond recognition, but not before she leaves a will with a clause offering £200 per year to all six members of her Hampstead Literary Club, known as "The Esoterics," with the amount significantly increasing should anyone in the group die. A baffling case for Inspector Martin.

The Heckler.
by Ed. Mcbain