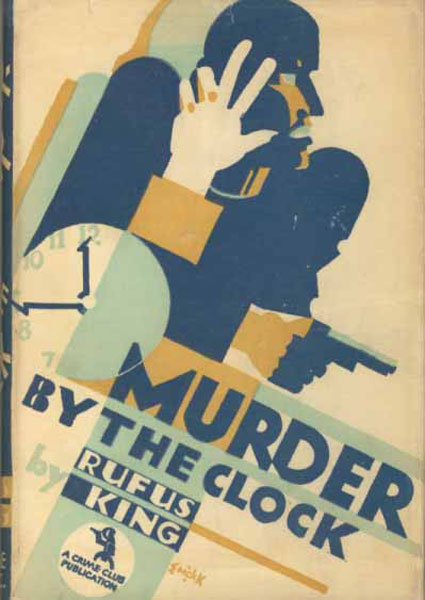 Murder By The Clock.

Other works by RUFUS KING

First edition. Professionally rebacked with original spine laid down, former owner's name on front fly leaf, else near fine in professionally restored, dust jacket. Lieutenant Valcour in his best-known case must solve the murder of a man who was murdered twice. At 8:34 P.M. the body is discovered by police. By midnight the corpse had been revived by the injection of adrenalin into the heart. By one o'clock he had been murdered again. 20TH Century Crime and Mystery Writers says, ".... provides, typically for the period, many suspects and false trails. It has, moreover, a very nice twist at the end, the kind that makes one sorry the story must finish." In 1931 Paramount Studios produced the movie of the same name that was directed by Edward Sloman with the screenplay by Henry Myers. The movie starred William Boyd [remember him of later day Hopalong Cassidy fame], and Lilyan Tashman in the leading roles. A Haycraft/Queen and Crime Club title.

A Coffin For Dimitrios.
ERIC AMBLER