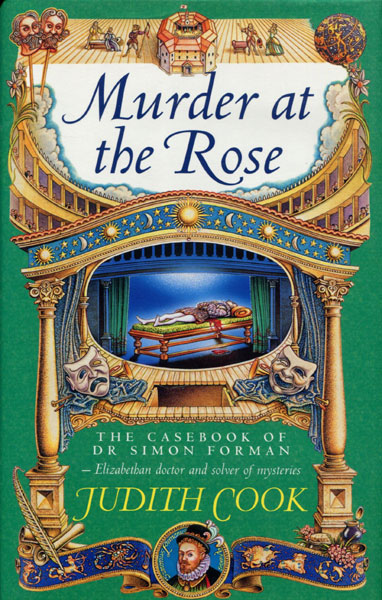 Murder At The Rose.

First edition. Fine in dust jacket. The year is 1591. While Dr. Simon Forman is attending an afternoon performance at London's Rose Theatre, one of the players falls to his death through the new stage trap door. While investigating the "accident", Simon uncovers ill-feeling amongst the players, as well as thwarted ambition. In particular, playwright Charles Spencer claims that his new plot has been stolen by Nathan Parsons, his rival. When Nathan is found the next day with his throat slit, Charles is sentenced to hang. But, did Charles do it? Simon doesn't think so.

The Air-Ship And Other Stories
by J. S. Fletcher

The Grey Pilgrim.
by J.M. Hayes

A Rope Of Sand.
by Francis. Bonnamy