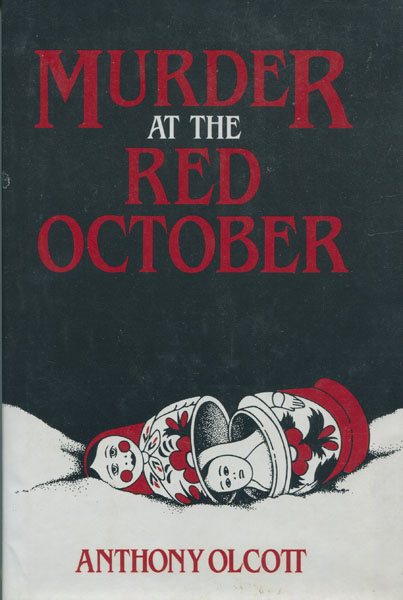 Murder At The Red October.

First edition. Author's first book. Signed by the author. Very light rubbing to lower fore edge else fine in dust jacket with light residue to bottom of front panel. Vanya Duvakin, night security officer at the Red October Hotel in Moscow, finds a dead guest in one of the rooms. Before he knows it, he is drawn into a web of terror and intrigue orchestrated by the colorful Colonel Polkovnikov of the KGB. Fine thriller.

False To Any Man.
by Leslie. Ford

The Masterless Men.
by J.K. Mayo

The Wrath Of Angels.
by John. Connolly