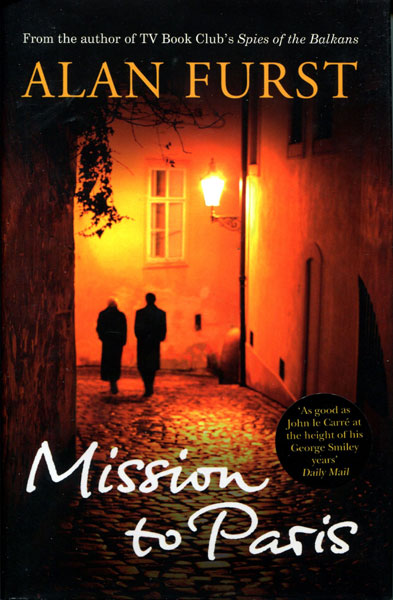 Other works by ALAN FURST

First edition. Fine in dust jacket. A Hollywood film star is in Paris in 1938. It's a dangerous time with war lurking in the background. As filming progresses, he is drawn into a clandestine world of foreign correspondents, embassy officials, and spies of every sort. His engagements take him from Paris to Morocco, to Hungary, and to Germany, the heart of the Third Reich. Can he survive his travels and engagements as German operatives track him constantly?