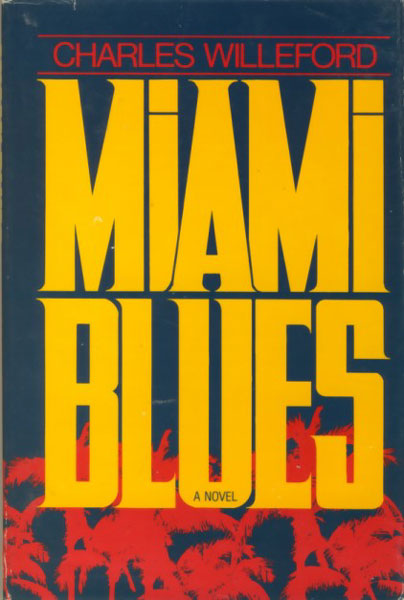 First edition. Fine in dust jacket lightly rubbed at spine ends and fore-edges along with two 1/4" closed tears on back panel. Introduces Hoke Moseley. Fresh out of San Quentin, psychopath Freddy Frenger, mugs three men and steals their wallets ... he needs air fare to Miami, supposedly the crime capitol of America and so, the perfect place for Freddy to put down roots. On the plane he looks over the wallets and experiences one of those definitive Willeford moments as he finds himself wondering about their owners. One wallet was eel skin; another was imitation ostrich; and the third was a plain cowhide wallet filled with pictures of children. "Why would any man want to carry around photographs of ugly children in his wallet?" When Freddy lands in Miami, he breaks the finger of a Hare Krishna who made the mistake of shoving a pin into the new leather jacket that Freddy had just bought with one of the stolen credit cards. Behind him on the floor, the Krishna goes into shock and dies .... Enter Hoke Moseley. As Hoke investigates the "murder," he gets closer to Freddy, who is busy wreaking havoc on a city that thought it knew crime.

The Case Of The Lazy Lover
by Erle Stanley. Gardner