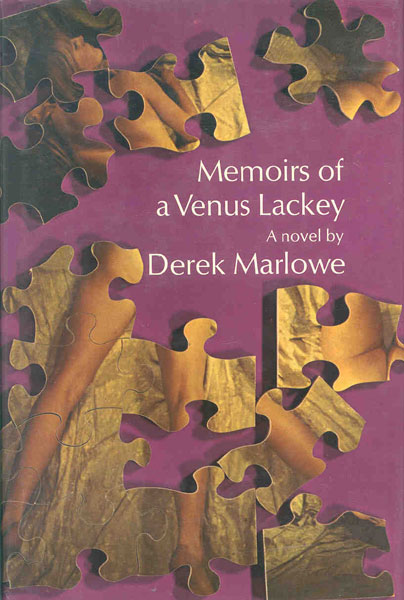 Memoirs Of A Venus Lackey.

First U.S. edition. Author's second novel. Fine in dust jacket. In his coffin awaiting judgement, a once-celebrated playboy and eccentric reflects on the life of debauchery that led him prematurely into limbo. At the young age of 18 he launched his career as a professional lecher, finding himself spell-bound to the intoxicating Antonella. On that same day, at his father's death-bed, he inherits an extensive fortune and his alter-ego ... the satanic Catesby. Nineteen years later, having pursued his lost first love in the boudoirs of hundreds of others and having declined from glamorous idol into bankrupt alcoholic, he is confronted once more by Catesby ... slowly driving him into total and terrible madness.

Death In The Old Country.
by Eric. Wright

The Queen's Head.
by Edward. Marston

Dress Her In Indigo.
by John D. Macdonald