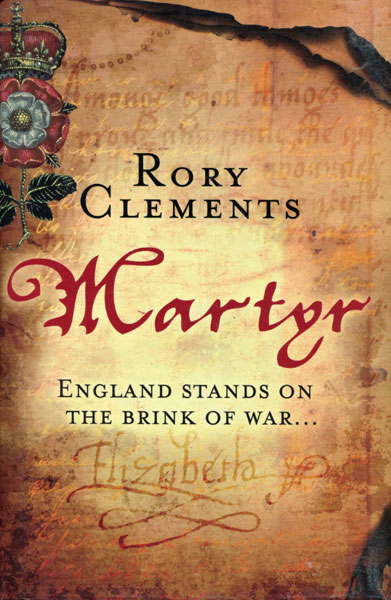 First edition. Signed by the author. Author's first novel. Fine in dust jacket. Tensions in Elizabeth I's government are at the breaking point. Within days the axe could fall on the neck of Mary, Queen of Scots, and Spain is already gathering a battle fleet to avenge her. When a plot to assassinate Sir Francis Drake is uncovered, John Shakespeare, Walsingham's chief intelligencer, is ordered to protect him. If England's 'sea dragon' dies, the country will be open to invasion. When a noble young woman is found murdered, Shakespeare has no option but to investigate. Why is he being followed by the brutal Richard Topcliffe, the blood-drenched priest-hunter who claims intimacy with Queen Elizabeth herself? From the splendor and intrigue of the royal court to the sleek warships of Her Majesty's Navy, Shakespeare learns that nothing is as it seems.

If I Should Die
by Matthew Frank

Flesh And Blood.
by Mark. Peterson