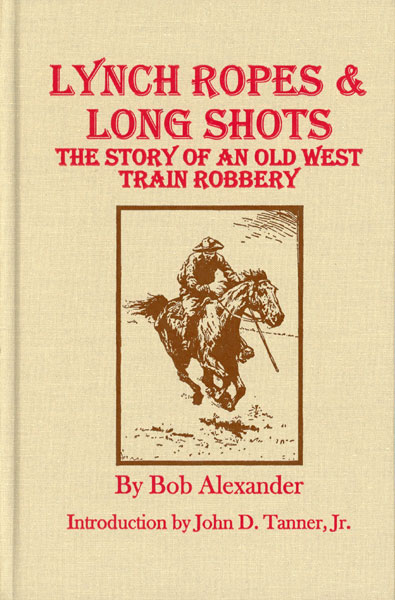 Other works by BOB ALEXANDER

First edition. 8vo. Signed by the author. Decorated cloth, brown endpapers, [4], 186 pp., introduction, preface and acknowledgments, illustrated, plates, portraits, map, chapter endnotes, bibliography, index. Introduction by John D. Tanner, Jr. Details the saga of the derailment of the Southern Pacific's eastbound express near Gage Station, New Mexico Territory in 1883. One of the robbers shot and killed the engineer, terrorized the postal agent, stole cash and a watch from the conductor and a luckless salesman, and ransacked the express car for relatively little money. The holdup and murder of the engineer served to eventually bring the culprits to justice, and lay the ground work for particularly harsh laws regarding train robbery. As new, without dust jacket, as issued.

Rhymes Of The Rockies Or, What The Poets …
Denver & Rio Grande Railroad