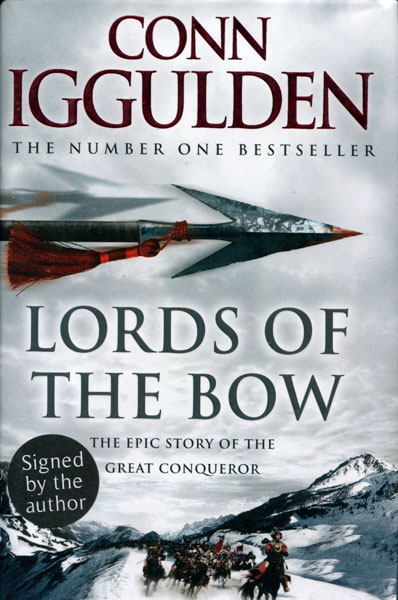 Lords Of The Bow.

Other works by CONN IGGULDEN

First edition. Signed by the author. Fine in dust jacket. The second in the Conqueror series on Genghis Khan. The gathering of the tribes of the Mongols has been a long time in coming but finally, triumphantly, Temujin of the Wolves, Genghis Khan, is given the full accolade of the overall leader and their oaths. Now he can begin to meld all the previously warring people into one army, one nation. He is determined to travel to the land of the long-time enemy, the Chin and attack them there. Finding ways to keep his tribes together in a strange environment presents a new and exciting challenge for Genghis Khan. The young warrior has become a notable and victorious military commander of thousands: he must now learn to become a great leader of peoples of many different races and religions.

In The Electric Mist With Confederate Dead.
JAMES LEE BURKE

The Case Of The Baited Hook
ERLE STANLEY GARDNER

The Horseman Of Death
ANTHONY WYNNE