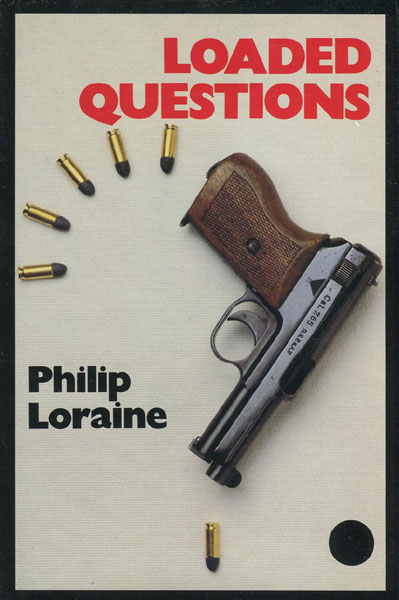 Other works by PHILIP LORAINE

First U. S. edition. Review copy with slip laid-in. Fine in dust jacket with light wear to foot of spine. A political thriller in which two London journalists join forces with an ex-CIA agent to investigate the assassination of an Israeli diplomat, only to discover that they have been manipulated by members of the Washington elite .... Who really assassinated Isaac Erter, the charismatic leader of Israel's Peace Party, killed on his way to an Israeli-Arab conference in Rome? The KGB? Libya? The CIA? Nothing could ever be proven. Now, five years later, London columnists Tom Wood and David Cameron team up to reinvestigate the case ... with crucial help from ex-CIA man Steve Lathan. Steve, part of Erter's US/Israeli bodyguard team, was injured during the assassination attack. He just might know something that could crack the case wide open. Meanwhile, a clever mercenary named Markham is working behind the scenes in an attempt to lead the unsuspecting reporters to the truth about the assassination. Why? Because the truth, when finally reported in a respected London paper, would destroy some Washington, D.C. elite's careers. . .and benefit others.

Death Of A Ghost
MARGERY ALLINGHAM

Somebody At The Door
RAYMOND POSTGATE

The Far Side Of The Dollar.
ROSS MACDONALD

The Mystery Of The Morgue Of Paris
F. RAWLINGS