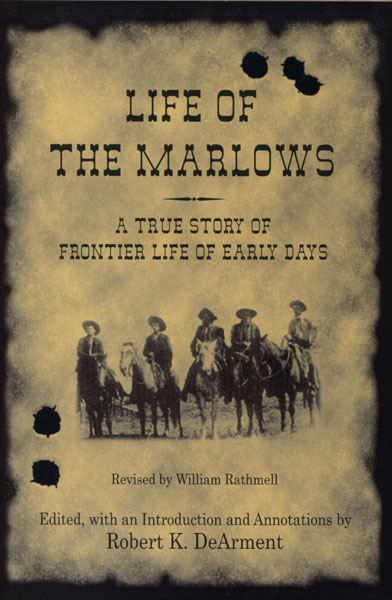 Life Of The Marlows. A True Story Of Frontier Life Of Early Days

Other works by RATHMELL, WILLIAM

First edition thus. Signed by Robert K. DeArment. Cloth, x, 206 pp., frontis., introduction, illustrated, bibliography, index. Edited, with an Introduction and annotations by Robert K. DeArment. The first edition which was published in 1892, is considered to be "exceedingly rare." The story of the five Marlow brothers and their life in late 19th century Texas, is a story of false charges, violence, and intrigue. The story was the basis for the John Wayne movie, THE SONS OF KATIE ELDER. The introduction by DeArment is especially of high interest as many new facts are revealed. Fine in fine dust jacket.

Letter From The Secretary Of The Interior, Transmitting …
O. H BROWNING