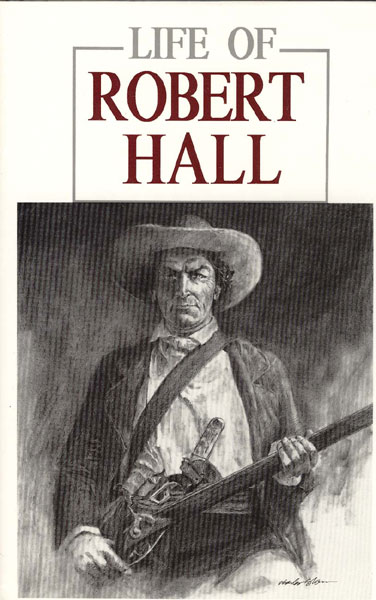 First edition thus. 8vo. Cloth, xxx [4], 126 pp., frontis., introduction, introductory, illustrated, index. Originally published in 1898, this 1992 edition has a new 24 page Introduction by Stephen L. Hardin. Hall was a veteran of the Civil War, Mexican War, and the battles for Texas Independence. Robert Hall was an officer in the U.S. Army and then a brigadier general in the Confederate States Army during the American Civil War. He served as Chief of Staff for the Army of Northern Virginia under Robert E. Lee for much of the Civil War. Both Hall and Wallace were interviewed by a skilled writer, known only as "Brazos." Because of the rarity of the original edition, few scholars have been aware of Robert Hall [1814 - 1899], although his exploits as a frontiersman rank along side those of the legendary "Big Foot" Wallace. Fine in dust jacket.

The Bad Man Of The West
by George D Hendricks