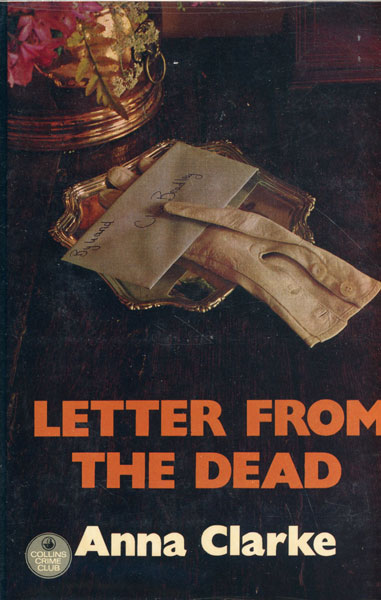 Letter From The Dead

First edition. Fine in dust jacket. The letter that his mother left to be opened by her son after her death was duly delivered on the day of her funeral. A lawyer's clerk brought it and saw it placed on the hall table at the Manor. After that it disappeared. The recently deceased lady had been the third wife of disagreeable novelist Reginald Myrtle. Neither the recently deceased nor her son had approved of Reginald and because her son wasn't at home when the letter arrived it had disappeared. Reginald, with his usual insensitivity, had turned the mourning gathering into a festive wake. Perhaps he wanted to forget his stepson's accusations at the graveside that he was responsible for his mother's death. Any of several people could have taken the letter, but when another death occurred not from natural causes, suspects were plentiful. Plenty of suspense.

Girl On A Slay Ride
by Louis Trimble

Murder In The Bookshop
by Carolyn Wells