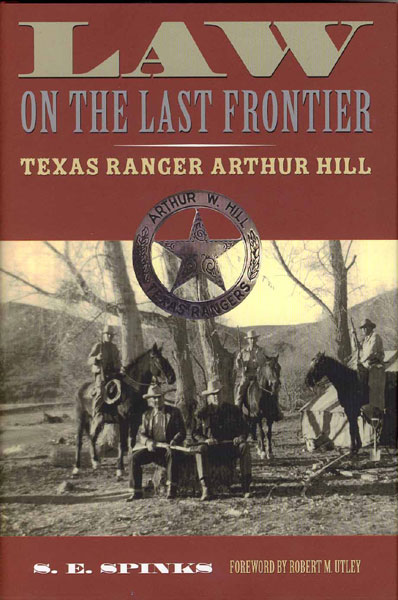 Other works by S. E. SPINKS

First edition. 8vo. Two-tone red cloth and paper over boards, xx [2], 265 pp., foreword, preface, acknowledgments, introduction, illustrated, notes, bibliography, index. Foreword by Robert M. Utley. Arthur Hill (1907-1987), served twenty-seven years, 1947 to 1974, as a "Garrison Ranger." He lived up to the vision of Homer Garrison, in his dedication, in his performance, in his professionalism, and in his tireless effort to uphold the laws of Texas. Utley says in part, "... an important contribution not only to the history of the Texas Rangers but to the Big Bend region as well." Fine in dust jacket.