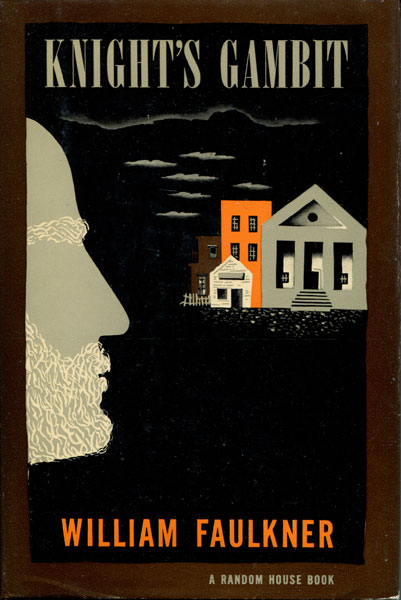 Other works by WILLIAM FAULKNER

First edition. Fine bright copy in a near fine dust jacket with just a trace of rubbing and some minor fading to the orange spine lettering. Dust jacket design by E. McKnight Kauffer. A Hubin-listed collection of six interlinked stories featuring Gavin Stevens, a county attorney in Jefferson, Mississippi. "Stevens is shrewd, observant and tolerant of the quirks and foibles of his fellow Southerners. He takes part in the detection and prevention of crime in the county community, and in handling the human passions released by violence in the community. The stories are narrated by his nephew, who calls him Uncle Gavin." Queen's Quorum 105.