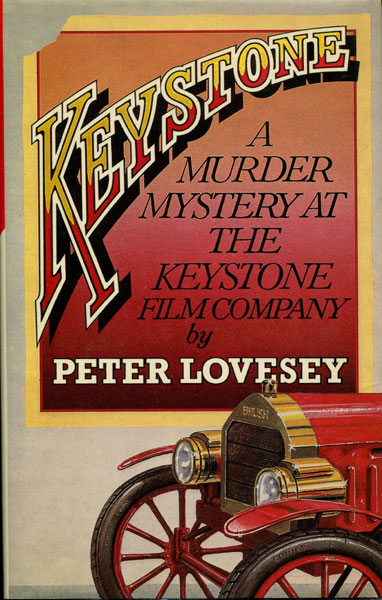 First edition. Fine in dust jacket. "Keystone" has barely joined the Keystone Film Studios (of 1915) when one of the Keystone Cops dies during the course of filming a dangerous stunt, in what looks like an accident. Keystone makes friends with beautiful and charming aspiring actress, Amber Honeybee, who has very little talent but has, to most people's astonishment, been made leading lady in one of the films the studio is shooting. And then Amber in turn is suspected of murder after her mother is found dead. Was it another accident - or is the film set becoming the target of a murderer? Keystone Investigates.

A Jury Of Her Peers.
SUSAN GLASPELL

The Closed Book. Concerning The Secret Of The …
WILLIAM LE QUEUX

The Outlaws Of Ennor.
MICHAEL JECKS