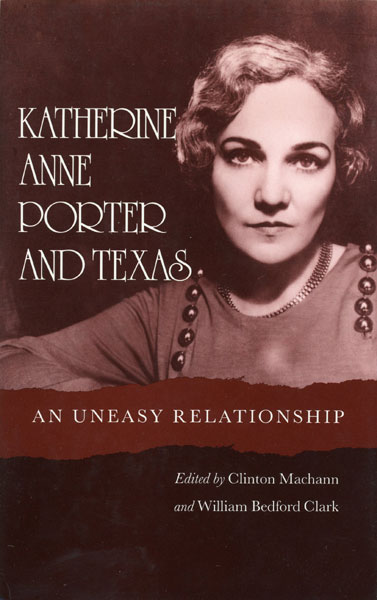 First edition. 8vo. Cloth, titles stamped in gilt on the spine, xxiii [blank], 191 [1] pp., acknowledgments, introduction, illustrated from photographs, bibliography, contributors, index. Much of her best fiction had its source in her childhood experiences in Central Texas. Contains field work and interviews conducted in Texas, personal essays, memories and letters extracting the details of Porter's early life from a tangle of fiction and truth that has prevented her recognition as one of Texas most important writers of the 20th century. She was passed over by the Texas Institute of Letters and later a misunderstanding about the naming of a University of Texas Library after her which sealed the estrangement and she bequeathed her papers to the University of Maryland instead. As new, unread copy in dust jacket.