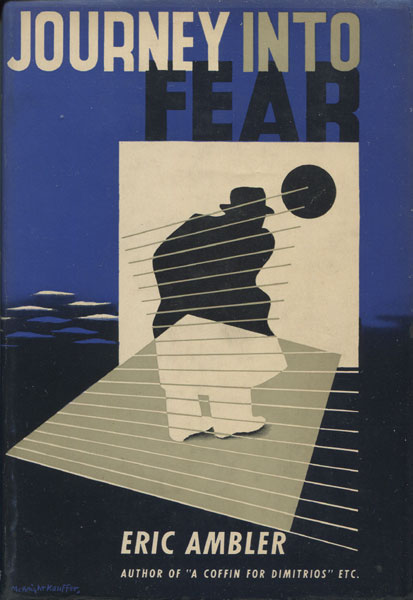 First U.S. edition. Inked inscription on the title page to a well known bookseller: "James Pepper from Eric Ambler." Light offsetting to the front and rear pastedown sheets, top stain faded, else a near fine, bright copy in price-clipped dust jacket with minor professional restoration to the spine ends, corners, and extremities. Returning to his hotel room after a late-night flirtation with a cabaret dancer, Graham is surprised by an intruder with a gun. What follows is a nightmare for the English armaments engineer as he makes his way home aboard an Italian freighter. Among the passengers are a couple of Nazi assassins intent on preventing his returning to England with plans for a Turkish defense system, the seductive cabaret dancer and her manager husband, and a number of surprising allies. This is Ambler's sixth novel and it is the basis for the 1943 film noir directed by Norman Foster and Orson Welles (uncredited), and starred Orson Welles, Joseph Cotton, and Dolores del Rio. An attractive and bright copy.

Minding The Store. A Memoir
by Stanley Marcus

The Ace In The Hole. A Brief History …
by Louis Lester. Purvis