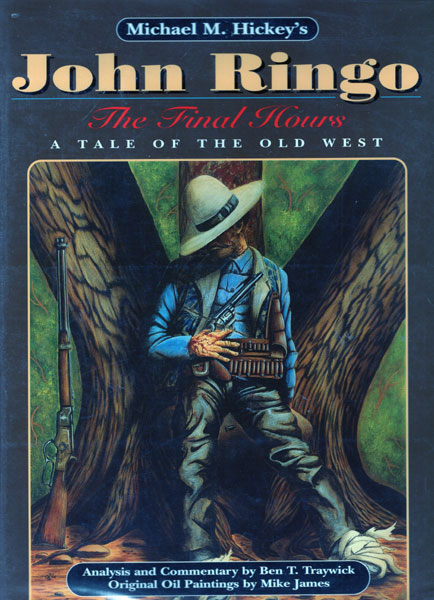 John Ringo: The Final Hours. A Tale Of The Old West.

First edition. Large, thick quarto. Signed by the author on a card, that is laid-in. Brown hardcover, gold stamping to front cover and spine, pictorial decorated endpapers, xxviii, 463 pp., foreword, introduction, prelude, beginning note, illustrated, plates, portraits, facsimiles, maps, charts, bibliography, a plus full color large folding map of Cochise County, Arizona, laid-in. Book deals with a near-three-week manhunt that started in another state more than five hundred miles away, and, once in Arizona, the stalkers moved down the southeast part of the territory cloaking their activities in secrecy, until, somewhere in the San Simon high country, the "triggerman" put a bullet through the brain of John Ringo, the outlaw, all of which was made to look as if the deceased had committed suicide. Much on Wyatt Earp and his brothers, as well as Doc Holliday. Fine in dust jacket. An elusive title.

Russell Roundup. A Catalog And Supplement To The …
JEFF DYKES