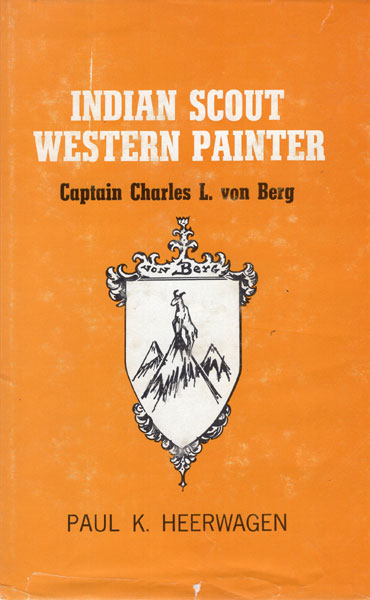 Other works by PAUL K. HEERWAGEN

First edition. 8vo. Signed by the author on the front pastedown sheet. Light green cloth, titles stamped in gilt on the spine, vii [blank], 119 pp., frontispiece, illustrated from photographs, index. "To most people, Charles L. von Berg is not known, at least not as well as his contemporaries Buffalo Bill Cody, Wild Bill Hickok, General Custer, Rain-in-the-face, Chiefs Sitting Bull and Yellow Horse. But in winning of the West, his contributions were just as important as theirs, if not more so." ---- dust jacket blurb. He was a linguist, explorer, hunter, fur-trader, soldier, guide, naturalist, scout, musician, taxidermist, painter, and hand-to-hand fighter. He fought and won a hand-to-hand duel with Chief Yellow Dog of the Sioux. At the time he was Chief of Army Scouts under General George Crook and Chief Yellow Dog was under the command of Chief Crazy Horse An exciting read of the life of a little-known hero of the old West. Fine, bright copy in price-clipped dust jacket with a few minor nicks and tiny closed tear to the extremities.

A Twentieth Century History And Biographical Record Of …
PADDOCK, CAPT B. B. [EDITOR].

The Literature Of The Lewis And Clark Expedition, …
BECKHAM, STEPHEN DOW [ESSAYS BY].