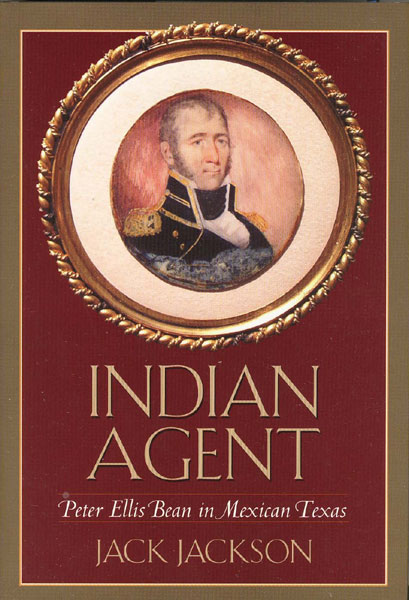 Other works by JACK JACKSON

First edition. 8vo. Maroon cloth, titles in copper gilt on the spine, xiii [blank], 426 pp., frontis. [portrait], acknowledgments, introduction, illustrated, maps, appendices, abbreviations, notes, bibliography, index. Peter Ellis Bean, 1783-1846, and his role in Mexico's revolution against Spain and his service as an agent of the Mexican government, especially as an Indian agent in eastern Texas, provide an unusually vivid picture of Mexican Texas, as well as new information about the Indians in the region. Bean's career as an Indian agent shows Sam Houston as a rival for the loyalty of the Indians during Texas' rebellion against Mexico, a rival who made false promises for military and political gain. After Texas gained its independence, Bean acquired vast lands in Texas and was a good citizen and businessman. As new, unread copy in dust jacket.