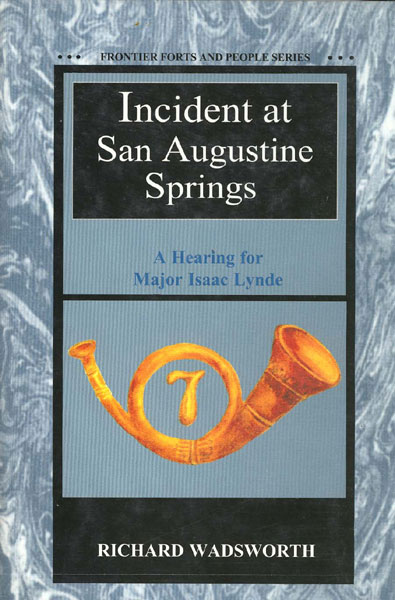 First hardcover edition. 8vo. Cloth, gold stamping on spine, viii, 375 pp., acknowledgments, introduction, illustrated, bibliography, index. On July 27, 1861, Major Isaac Lynde abandoned Fort Fillmore, marched his troops to San Augustine Springs and there surrendered without a fight. For over 140 years Lynde has borne the name of coward, traitor, doddering old fool, etc. Could an officer, a West Point graduate, with thirty-four years of honorable service on the frontier, be the person historical accounts describe? Lynde was never tried for his alleged crimes, or even given a hearing, as President Lincoln and Congress ended Lynde's career without allowing him to speak. Was Isaac Lynde a traitor, or the perfect scapegoat for the battering the Federal armies were taking in the early days of the Civil War? Fine in dust jacket.

Cap Mossman. Last Of The Great Cowmen.
by Frazier Hunt