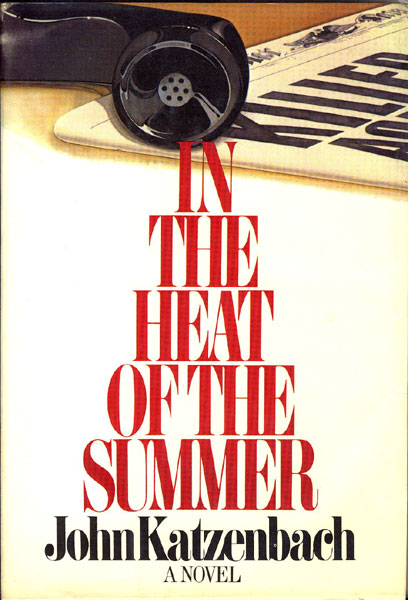 First edition. Author's first book. Advance Readers copy. Lightly soiled on rear panel, else very good in very good dust jacket. Edgar award nominee for best first novel. The only thing worse than a dead teen is a dead teen with a note in her pocket reading, "Number One." Worse yet, Malcolm Anderson receives a call from the "Numbers Killer," who torments him with an account of his tormented childhood and violent Vietnam experiences. Malcolm desperately tries to deduce the killer's motives and prevent the next murder. Adapted for the movie screen in 1985 as "The Mean Season," which starred Kurt Russell, and was a far cry from attaining the suspense and thrill of the book.

Such Men Are Dangerous
by Paul Kavanagh

The Anvil Chorus.
by Shane. Stevens

The Sunset Bomber.
by D. Kincaid