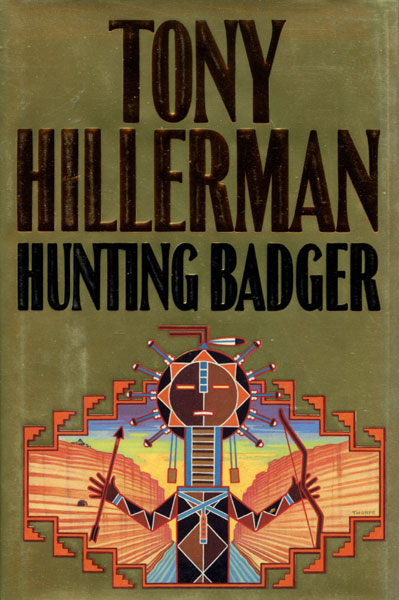 Other works by TONY HILLERMAN

First edition. Signed by the author on the half title page. Fine in dust jacket. Navajo Tribal Police officers, Sgt. Jim Chee and Lt. Joe Leaphorn. Three men stage a raid on the Ute tribe's gambling casino. They kill a policeman, wound another, and disappear into the mountains. The FBI is called in and determines that the wounded deputy sheriff is their suspect. Chee and Leaphorn investigate and see a pattern connecting this crime with those of the Ute hero-bandit from days gone by.

Tales Out Of School.
CAROLYN WHEAT

The B And O. The Model Fast Line …
BALTIMORE & OHIO RAILROAD COMPANY

Reading Is Fun! - Poster With "Where The …
MAURICE SENDAK