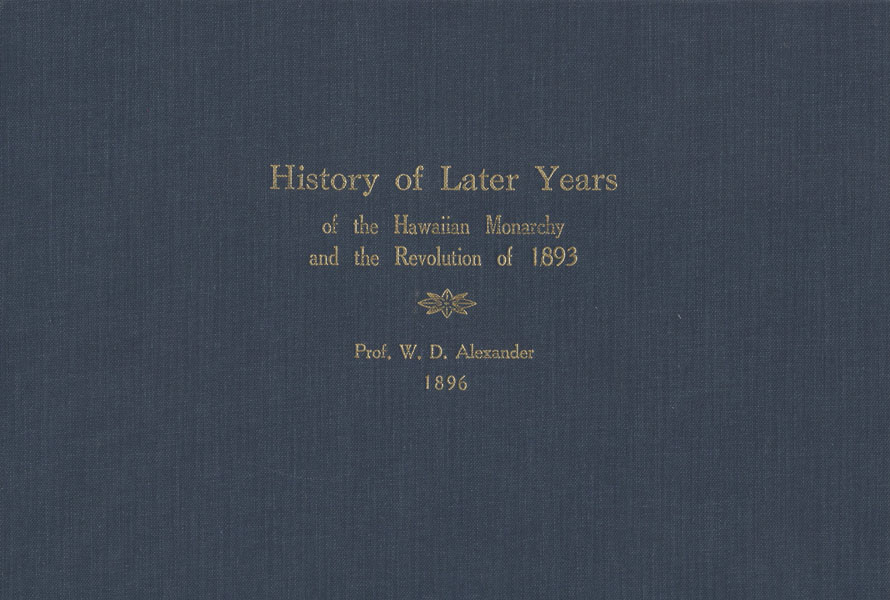 First edition. Oblong 6 1/2" x 10" lacking the original covers, but complete, [13] [blank], 239 pp., frontispiece [advertisement], preface, double column, errata, illustrated [some by photograph]. On Jan. 17, 1893, Hawaii’s monarchy was overthrown when a group of businessmen and sugar planters forced Queen Liliuokalani to abdicate. The coup led to the dissolving of the Kingdom of Hawaii two years later, its annexation as a U.S. territory and eventual admission as the 50th state in the union. Very good in a cloth binding with titles stamped in gilt on the front cover.

The Roadrunner In Fact And Folklore.
by J. Frank Dobie

Arizona Cowbelles. This Is Your Life
by Betty Accomazzo