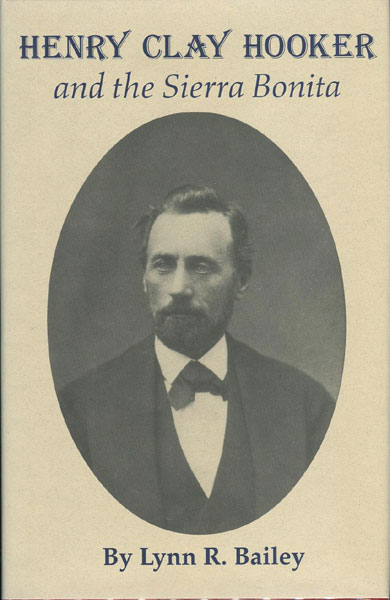 First edition. Signed by the author. 8vo. Cloth, (10), 213 pp., illus., notes, biblio., index. Hooker arrived in Arizona Territory in 1867 as a partner of Hugh L. Hinds, who had contracts to provide freighting services for the military and to supply garrisons with beef. Despite the hazard of hostile Apaches, Hinds and Hooker persevered in this job for five years, all the while fulfilling their obligations between Arizona City, opposite Fort Yuma, to far-flung military installations. They lost the military contract in 1871 and Hinds retired, but Hooker became an agent of William Hooper & Company. It would become Hooker's job to furnish military posts and Indian reservations with livestock, and he did it well--never failing to deliver on time. Hooker knew the key to successfully fulfilling his contractual obligations was the Sierra Bonita ranch, a range cattle operation that Henry and James M. Barney established in 1873. The ranch was strategically located as it was close to all military posts, reservations, and avenues of commerce. Hooker saw changes forthcoming in the livestock industry and prepared for them. A chronicle of strong men playing high-stakes games in the livestock and freighting businesses. Fine in dust jacket. One of the "Big Four" Arizona cattle books.

From Brothel To Boomtown: Yuma's Naughty Past.
by Frank. Love

Camp Colorado: A Decade Of Frontier Defense
by T.R Havins