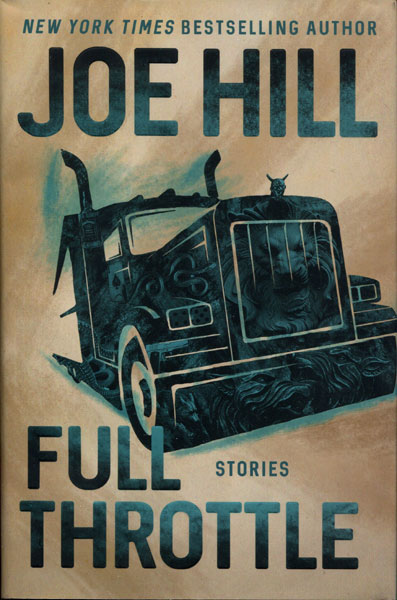 First edition. Signed and dated in the book by the author. As new, unread copy in dust jacket. Thirteen compelling short stories, including two with his dad, Stephen King, that showcase his ability as an accomplished author. "Throttle," the first story in this outstanding collection, written with his father, Stephen King, is an homage to one of his favorite movies when he was young, Duel, the chilling suspense made-for-television movie made by a young (twenty-year-old) Steven Spielberg. Nothing supernatural about it, just white-knuckle suspense in which an angry driver of an eighteen-wheeler hunts a motorcycle gang on desert roads. The second story, "Dark Carousel," seems like a borderline crime story involving two teenage couples when it turns into a nightmare ... a nightmare that goes on and on. Every story in this very generous collection abounds with beautiful prose and deep insight into the human condition, even if the dark fantasy isn’t always entirely about human. As good as the stories are, and they are beyond good, I was most riveted by the truly wonderful autobiographical introduction in which Joe Hill discusses his literary influences and, more revealingly, his intimate relationship with his dad.

Open Secret. The Autobiography Of The Former Director-General …
by Stella. Rimington

Lie To Me.
by David. Martin