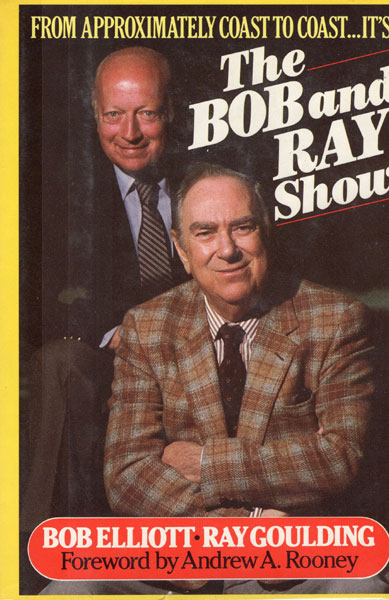 From Approximately Coast To Coast...It's The Bob & Ray Show.

Forward by Andrew A. Rooney. Author's second book. Fine, bright copy in price-clipped dust jacket. "Bob and Ray were an American comedy duo whose career spanned five decades. Composed of comedians Bob Elliott (1923–2016[1]) and Ray Goulding (1922–1990), the duo's format was typically to satirize the medium in which they were performing, such as conducting radio or television interviews, with off-the-wall dialogue presented in a generally deadpan style as though it were a serious broadcast." ----- Wikipedia.

The Sisters.
by Robert. Littell

The Case Of The Shapely Shadow
by Erle Stanley Gardner