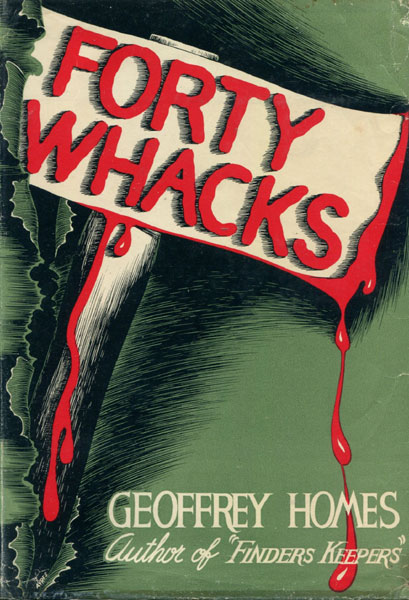 First edition. 8vo. Inscribed by the author. Front and rear free end papers beginning to uniformly tan, else fine in dust jacket with light wear to spine ends and to the extremities. Also along the top and bottom edges of the inside of the jacket are stains caused by the removal of an old-fashioned, protective book cover. None of the stain is visible on the front side of the dust jacket. Humphrey Campbell solves the murder that the police thought was done by Joseph Borden, whose mother-in-law was found dead after taking forty whacks from an axe. 20TH Century Crime and Mystery Writers says, "There is a body of mystery writers whose work is of consistently high quality, but who, for unexplainable reasons have received little attention among students and aficionados of the genre. Geoffrey Homes is one of these writers." Homes wrote twelve mystery novels between 1933 and 1946, when he abandoned novels to become a full-time scriptwriter in Hollywood.

The Strange Adventures Of Bromley Barnes
by George Barton

The Fashion In Shrouds.
by Margery. Allingham

Where The Money Is.
by Ivan G. Goldman