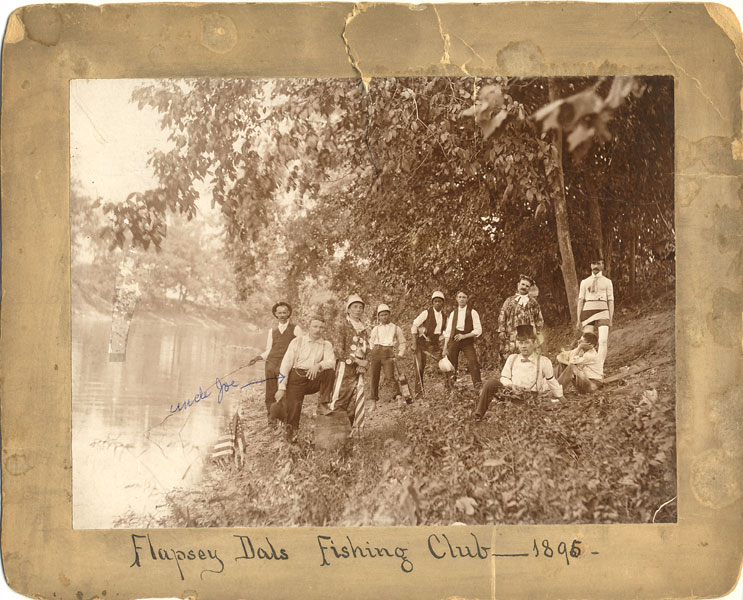 Other works by O. P. ASHWORTH

8" x 10" original mounted photograph with an actual image size of 6" x 8." Stamped on the verso "O. P. Ashworth, Photographer, Milford, o." An Ohio outing of a group we are unable to explain as out of the ten men photographed, at least five are in costumes. One of the men is identified in ink as being "Uncle Joe," The mounting is moderately soiled and with edgewear, and a closed tear at the top is into 2" of the mounting and touches into the photograph at a point where there is only foliage. A good image of the Flapsey Dals Fishing Club of Milford, Ohio.

Development And Resources Of Beadle County In The …

After The Boom In Tombstone And Jerome, Arizona.
ERIC L. CLEMENTS