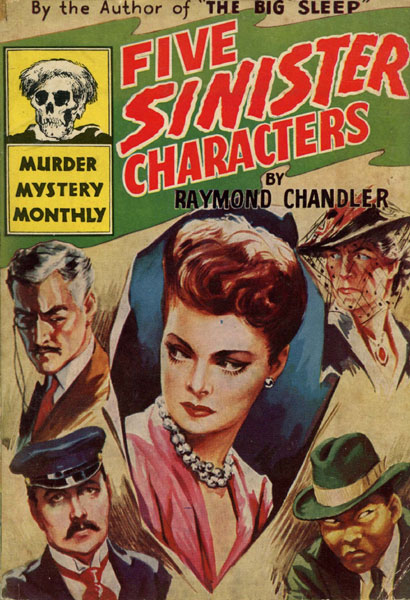 First edition. A digest-sized paperback. Murder Mystery Monthly 28. Foxed on inside covers and to a few end pages, and tiny nick to corner edge of top edge of rear panel and adjacent to the spine on top of rear panel, else near fine, tight copy in pictorial wrappers. Contains five short stories ... "Trouble Is My Business," in which Jerry Jester who was considered "upper crust" to the tabloids was nothing but toruble to his millionaire father and to the gambler on whom he welshed; "Pearls Are A Nuisance," in which old Mrs. Penruddock's pearls are stolen; "I'll Be Waiting," A story where a hard-boiled hotel PI turns out to have a heart of gold; "The King In Yellow," where the master of swing gets involved in murder; and "Red Wing," involving murder in a bar.

The Day After Tomorrow.
by Allan. Folsom